This month in the ProVideo Coalition Mailbag 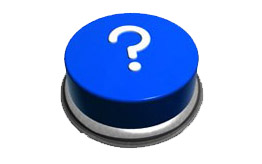 In our November 2014 Mailbag, readers asked questions about how to solve their OS upgrade issues, retiming animations within titles, what might be a good camera/TV combo and plenty more. Mark Spencer and Jose Antunes offered their insights and get specific about how readers can solve these troublesome issues.

If you have any questions you’d like to see our writers answer in an upcoming mailbag or as a Roundtable article, email them to us at [email protected] or tweet us with the hashtag #askpvc. Questions that explore our writers insights and expereinces will be given priority, as we don’t want to simply repeat info that is available via a search engine, forum, or the PVC archives.

Q: HELP! I’m having a major melt down! I did my Mac operating system upgrade and I did not get any warnings about having issues with my Final Cut Pro. I was in the middle of 2 projects for clients, but now after opening Final Cut Pro and clicking update my drives, all of my files seem to be there but NO project files and when I got to one of my drives the Project Files are no longer even on that drive and on the other drive the only folders are “my old final cut events and projects”.

I did a system back up before opening Final Cut Pro but one of my projects was on a different hard drive and that is the one that now just says “Final Cut External Media”, all projects and events are no longer on this drive.  Just upgraded to 10.9.5 OSX.

Mark Spencer: It sounds like you were on FCP X 10.0.9 so you need to understand the new Library model that was introduced with 10.1. The easiest way to do that is to watch this free three-part set of videos:

Jeremiah Karpowicz: And before you ever move forward with an upgrade, you want to make sure your computer is ready for the upgrade. CNET has a nice checklist that was specifically written for OS X 10.10 Yosemite, but the bullet points are relevant for just about any OS upgrade.

Backing everything up via external drives has been the standard for awhile now, but cloud storage is cheaper and easier these days. There are various cloud services that will allow you to ensure your info is safe and secure via a simple or involved backup process.

I have searched through all your tutorials and anywhere else I can find but haven’t been able to get this question answered so I’m hoping you can help.  I’ve created several titles in Motion and sent them to FCP.  Whenever I re-time the title, the animation timing also “stretches” along with the title timing.  I don’t know an elegant way of phrasing this but is there any way to ask FCP to resist retiming the animations within the title?  Perhaps describing my situation will help…

As it stands if I stretch the title to 400 frames, for instance, the animations double as well and appear to wipe on and off much slower. Ideally, I want to drop the title into FCP and stretch the duration for as long or short as I want while maintaining a 10 frame “in” and a 10 frame “out”.

Does this make sense?  Any advice?

Mark Spencer: Yes, makes perfect sense and there is a simple solution. In Motion, you use “Build In” and “Build Out” markers to identify the portion of the text animation that you want to keep at a set speed – usually the opening and closing. Once you add these in Motion, when you apply the title in FCP X and trim it, only the portion between the markers extends and contracts, while the opening and closing animations stay at a fixed duration.

I recently purchased a Sony CX330 for some personal videos, YouTube stuff, etc. and am impressed by the quality of such an inexpensive little camera.  I also purchased some filters, UV, Pola, and an ND8. When I use the ND filter, I get a pronounced red shift in the color balance, when set to AUTO. I tried using other settings, like interior, tungsten, etc. with no help.  Why would using an ND8 filter cause this red shift, and is there anything I can do about it?   Thanks in advance for all your help!

Jose Antunes: Which filters do you have? Cheap filters can show a red shift so strong it is impossible to correct it. Even popular brands sometimes suffer of a color cast, especially in low light and long exposures, things usually associated with NDs.

So here is a question I struggled to resolve: The Sony Alpha A7s exists – apparently – in several versions, PAL, NTSC, PAL/NTSC, the later I believe is called AP2. In any case, it seems that the out from the HDMI is always world cam:

Since I want to use this camera for 4K shooting and need a external recorder anyhow, it shouldn’t matter which version I buy….correct?

Jeremiah Karpowicz:You might be getting caught up in technical logistics, and as you yourself imply, the differences between versions is either negligible or non-existent.

I’d encourage you to focus on what you’re looking to achieve creatively before digging into this sorts of details, but I mean that in a broad sense. It’s not just about the specific project you’re looking to work on in the next week or month, but about what you’ll be using the camera to do on a project that’s just in your head right now, for work that you’ll be getting a year or two from now. Will your choice make sense for you creatively and professionally just as much now as it will down the road? That’s far more important than a particular format.

And if you’ve already considered such things, then go with your first instinct and don’t worry too much about it  : )

Is there a camera and TV combo you could recommend?

Jeremiah Karpowicz: I’d strongly recommend you get a light for the room that doesnt have great lighting. As far as what kind of light, that depends on your budget and expertise, and that goes for the camera/TV as well. These days, you can setup a $200 camera and run a feed from it to a 32” flatscreen that you can pick up for $250. But as the old saying goes, you get what you pay for.

Of course, on the other side of that, you could purchase top of the line equipment, but if people aren’t paying attention to the feed or it’s too complicated to set up and use properly, then it won’t matter how great the equipment is based on what you’re looking to do.

Speaking from personal experience in this sort of setting, I’ve used the Sony HXR-NX5U NXCAM with a wired microphone and it’s been great. It’s certainly not their newest camera, but it sounds like it might be a fit for what you’re trying to do. You can check out a few samples of how I’ve used it. That’s a professional level camera though, and it comes with the price tag and capabilities of a camera at that level.

In terms of the TV, there are so many out there that it would be hard to make a recommendation without more info about your budget and need. And that’s without even getting into sizes. A camera and TV that are made by the same company are most likely going to play well together though, so if you end up going with a Sony camera, you’re likely going to be able to save yourself some headaches if you go with a Sony TV.

I’ve been searching for the 10bit pc monitor after reading your post about that HP Z27X. I ordered it but did not realize that it was going to be so hard to find a way to connect it to PC so that it could show me these 10bits! I have a few questions…

Jeremiah Karpowicz: It sounds like you have everything you need to get up and running. HP has some info on their site, which you might want to consult to learn more about the specifics of your issue. Over on Tom’s Hardware, there’s a review of the monitor and in step 3 they run through the setup and calibration, which might also give you some insight.