Perhaps the biggest feature to hit After Effects in last 10 years or so is scripting (Adobe Help), seen especially in the growth and influence of AEscripts.com. Scripts extend AE in ways hardly imagined in the early days, but takes pressure off Adobe to refine features in updates. Happily though, most of the items (not just scripts) on AEscripts.com are free or low cost! 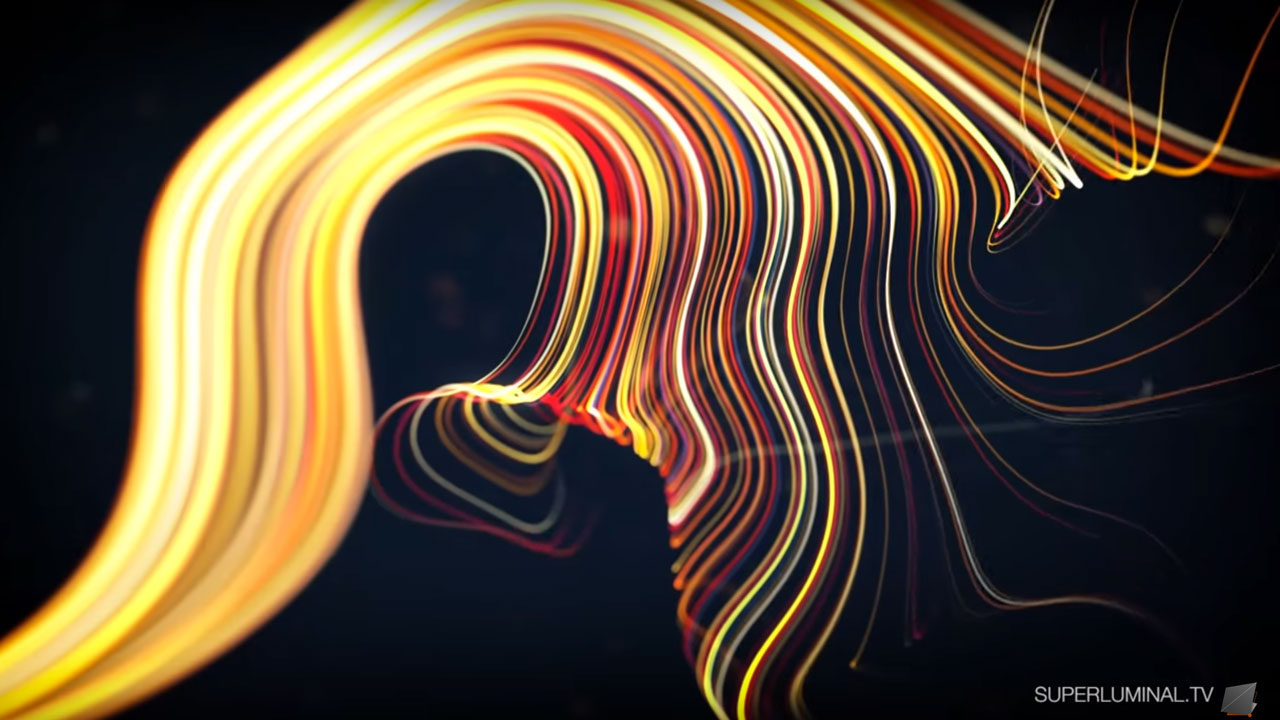 .There are new tutorials, inspirations, updates, and tool releases coming from AEscripts.com every week, including a recent version of Aep to Mogrt for AfterEffects. In a similar vein, Victoria Nece tweeted:

Lot of folks asking about .mogrt round-tripping between AE and Premiere. Yes, it’s possible — you can even replace every instance at once and keep your customizations! Open a .mogrt as a project in AE, export a new version, alt/opt-replace in the timeline.

Also from AEscripts.com, coming July 25, is a new version of Stardust for After Effects featuring dynamic physics simulations, where particles and models can collide and interact with each other, plus other features like flow noise. Here are some visuals, with additional details at Superluminal.tv:

Plus, there’s a new version of Plexus 3 (v3.1.5) for After Effects from Rowbyte through Aescripts.com, and it’s certainly worth a look if you haven’t been keeping up.

Oh, there is a practical tutorial, How to import JSON files in After Effects CC 2018 to display Twitter data by Arturo Bracero. Here’s a quick overview of the new data-driven animation feature:

Mamoworld (again via AEscripts.com) has a free tool to assist with developing JSON files, mamoworldJSON, but you’ll have to know the basics seen above to catch on, since there are no demo files to play along. Mamoworld says:

Need to frequently change your texts, colors or other data? Just select the property you want to change, click the connect button and mamoworldJSON will create a JSON file with those properties already linked to it. Whenever you update the data in the JSON file, the project updates itself automatically… Normally, data-driven animation would require you to import text files (csv or JSON) into After Effects and then manually write expressions to link your properties to the data. Not anymore! mamoworldJSON is the easiest way to get started with this kind of animation. It creates the JSON file and the expressions for you, so there’s no need to do any of it manually.

There’s several tutorials for the tool too. Here’s one:

Zack Lovatt and friends are working on a script/expression-sharing platform for AE. For extra background, see How much do After Effects Script Developers make? A chat with Zack Lovatt by Joey Korenman, as well a discussion, Life in Motion.

Duik 16, by Duduf, is a free animation tool set driven byAfter Effects scripts. Duik was first released in 2008, so it predates Adobe Character Animator CC, which installs with After Effects. Duik 16 is scheduled to be publicly available in July, there’s a nice starting guide to Duik 16 new features. The creator says:

“It’s not just a new version of the Duik but a whole new thing, each and every line of code has been re-read, re-thought and re-written, with a lot of additions, improvements and new features… The complete list of features is huge, and it’s more like a lot of different scripts packaged together to bring animation in After Effects to a whole new level.”

Duik is free, and has free training — but you can make a donation to a general tool fund or help Duduf’s work with regular support on Patreon or Indiegogo, and you’ll get early access. Here’s a recent jumpstart for the new version from Jake In Motion:

Camera projection mapping in After Effects can be confusing at first. Here’s some basics clearly explained by Flatpackfx.

Camera Tracker Adobe After Effects Floating Stills One Direction is older, and just a proof of concept, but still useful. It shows you how to use the 3D camera tracker to pull off the effect found in the music videos where people walk to an environment and absorb still images of themselves or objects. Here’s the concept and proof:

Motion Array posted How To Make A Realistic Waving Flag In After Effects:

On Twitter, Stu Maschwitz asked “Did you know that to make a radial ramp perfectly centered in @AdobeAE, you have to offset the Start by minus half a pixel in X and Y?”

After Effects product manager Victoria Nece tweeted on a clever tip from @theAngieTaylor on How to apply multiple colours to a Shape layer repeater in After Effects. It might need to adjustments but you can follow comments on the tweet:

Color Wiggle from Rowbyte is now free!  Color Wiggle is a utility plug-in that let’s you wiggle between colors easily, and loop the wiggle values. You just set the colors you want to wiggle between and adjust parameters. The plug-in will automatically wiggle between those colors and produce a ‘color-out’ parameter so you can link it to other effects.

On Window 10, without Encore DVD (as noted on the AE-List), ImgBurn burns DVD authored image/folders to burn a DVD playable, so it helps to have an old computer with DVD video authoring software intact. The free alternative for DVD video authoring has been the same for a number of years: the donation-ware app DVD Flick.

Jason Boone shows you a way to create a circle graph in Video Tutorial: Create a Responsive Infographic in After Effects:

In As FCPX turns 7, Apple gives us ProRes Raw, but what’s really changed?, Gary Adcock’s provisional conclusion is that ProRes Raw appears to be a worthy successor to the existing codec for FCPX users. Be sure to see also More about ProRes RAW, a take by Oliver Peters.

If you have the urge to press the flesh, or find crumbs later, Caleb Ward put together a list of The Best Motion Design Conferences of 2018. There’s still time for a couple this year.

Finally, I missed a couple of Andrew Kramer talks, AE WORLD: Andrew Kramer Keynote Speech at After Effects World Conference August 2017, and a more recent How to Succeed in the VFX industry with Andrew Kramer.