Adobe announced this week at the MAX conference that Creative Suite will no longer be upgraded with new features, the future of all their creative software now lies firmly with the subscription service Creative Cloud.  Alongside this announcement they unveiled new versions of all their Creative Suite programs which will now carry the CC designation ( Photoshop CC, Premiere Pro CC etc.) and whilst the new features in many of those programs gathered a lot of positive remarks they were overshadowed by peoples reaction to the cloud subscription only model that Adobe is moving to from this point onwards.  Amongst the chatter there are a lot of misconceptions so I'm going to start by breaking it all down as simply as possible and then we'll delve into things a little deeper to discuss the pros and cons of such a move. 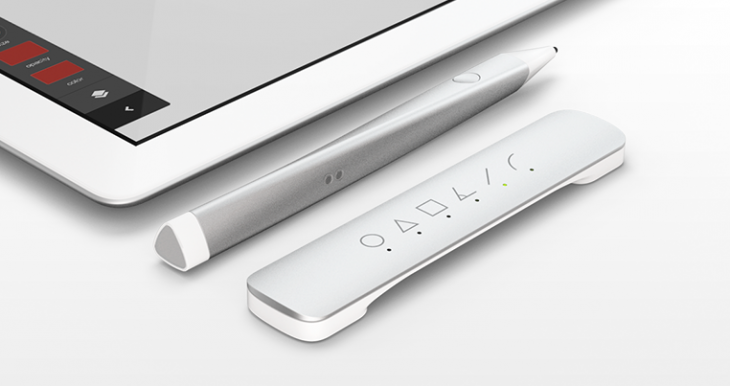 As I mentioned at the start of this, the new CC applications that were unveiled include a number of new features.  Here are some videos that helpfully explain many of the things we might be interested in.

So what does all this really mean though? Many peoples first impression has been that this will be expensive for them.  If you previously owned a single application like Photoshop then it would have cost you $699 and about $199 every time you upgraded it.  Based on single cloud application pricing of $19.99/month , that would be a three year subscription to get you up to the $699 mark.  That doesn't sound so bad, but over a ten year span where you might previously have upgraded twice (699+199+199) you would have spent $1097.  Ten years of single application Creative Cloud pricing is $2398.90 though, more than double what it would have cost if you had perpetual licenses.  Now if you are using Premiere Pro then there is a very good chance you also want After Effects, Audition and more. That means that you will be looking at the 49.99/month plan.  Taking my fairly arbitrary 10 year time span again this will cost you $5998.8  whereas before with Creative Suite and updates every three years you would only have spent in the region of $3000-$4000 depending on which exact suite you had.  Either way there is no denying that in the long term the Creative Cloud is going to cost you more money.  The question is, are Adobe adding enough new features and productivity tools to justify the increase in price ?  One thing that I have seen mentioned in several place is that the cost increase can be justified simply by the rolling updates with new features instead of having to wait for a version updates.  I'm going to stomp on that one right now though because pushing new features only as a version update was a decision by Adobe, not some technological bottleneck that is now alleviated by using the cloud.  I get feature updates on a daily basis from my Mac App Store programs and iOS store so CC isn't a magical way to allow this now, it's just that Adobe has changed they way they are thinking about that side of things and using that as a feature for CC.

What about the piracy issue though ?  My first thought when they announced this was that it was an attempt to cut down on the number of pirated Creative Suite apps.  Some further reading though has me wondering whether it will make any difference or whether it might even make things worse with all the animosity this has created amongst people.  In an interview on DP Review, Winston Hendrickson, VP of Creative Solutions at Adobe openly said that that once the software is on someone's computer it's really no less prone to piracy than any of their perpetual license solutions.  Where some people before might have been content to purchase a $699 version of Photoshop and use it for many years, even if they do so sparingly, I can see them being ever more tempted to try to pirate the software now when they find themselves in a situation where they only need to use the program once or twice every now and again.  So what other value added features does CC bring to the table ?  20GB of cloud storage is nice and when you estimate the pricing on that it's not far off what a service like Drobox is charging for the amount of space.  As the price of storage falls though I doubt we will see a drop in CC pricing in the future to reflect that so I certainly hope that the 20GB grows at a rate reflective of current storage market value.  To really make this a selling point though Adobe will need to work on system integration of the cloud storage so that it can be as seamless as using services like Dropbox.  If I could drag and drop any number or type of files onto this CC storage as I do with Dropbox then its value to me would increase three-fold.  What I am liking is a clear move in the direction of mobile creation and syncing.  Tom Hogarty recently demonstrated an iPad version of Lightroom that can process RAW files plus the development of physical hardware for interacting with tablet devices shows a clear intention to get people creating in a more mobile manner.  Whilst the “Project Mighty” hardware was not announced for sale it seems to be well developed enough to be on the near horizon and amongst the Creative Cloud announcement was the launch of the new Kuler iOS app and the switch from the Ideas app to a free one that will allow syncing with your Creative Cloud storage.  If I were able to be on the road, syncing my Lightroom catalog to tablet devices , editing the files and picking up that edit back at home seamlessly in my office then that kind of productivity does add some serious value to the proposition and it looks like things are moving in that direction.

Another consideration is that you have access to the full suite for your $49.99 and that means absolutely everything that was in the previous Master Collection so you likely have access to more programs than you did before.  Do you think you need them all ?  No, probably not.  Are there one or two applications in there that could prove to be incredibly useful if you had them to had to learn and experiment with ?  I'd wager yes there are.  I've never owned the full Master Collection but when I transition to Creative Cloud you can be sure I'm going to dig into Dreamweaver and Muse amongst many others that I've previously not had access to.  One of the big points for a lot of people seems to be the concern that they won't have access to their files in the future when they stop subscribing.  Of course your files don't have to live only in the cloud, you can save them to your drive as well but even then there seems to be a fear amongst many people that they won't be able to open their projects many years down the line should they want to.  Certainly with some files like PSD files this isn't an issue since many programs can open and edit them.  Premiere Pro projects and the like though ….. ?  That could be tricky.  But almost always this scenario seems to revolve around a sudden desire to access files many years down the road and if it has really been that long since you needed those project files, even if you previously had Photoshop CS6 , chances are it no longer works on your current computer operating system anyway if it really has been that long.  In that case you would have to have paid an upgrade fee of several hundred dollars to get your perpetual license software up to date whereas with CC you could simply subscribe for one month to the program you need for approximately $20.  Food for thought.  Collaborative sharing is also much easier with cloud based services and CC will allow you to create private folder that support file versioning as well.  Comments for different file versions are maintained in the cloud so you can work remotely with a team of people on a particular project when needed.

I have to hold my hand up and say that when I first heard the news that CS7 was not to be I was quite annoyed , but then when I sat down and considered some of the benefits to the cloud a lot of my frustrations went away.  Not all of them, but a lot of them.  I'm still concerned about the potential for future price increases once you become more invested in the Cloud system but I pay $30/month to use the online accounting software Freshbooks and many creatives use this or Qucikbooks which is a similar monthly price.  Freshbooks never had a stanalone program and I didn't think twice about paying for that monthly subscription once I saw how smoothly things work when all your data is in the cloud.  I manage my expenses from my iPhone and invoice from my iPad, all the info is right there and my accountant can log in and take what she needs without me lifting a finger.  Considering how much software and how many features I can get for the price of Creative Cloud, alongside the relatively simple cloud accouting services it begins to look like a bargain.

What do you think ?

This topic is bound to create some discussion and we would love to hear your thoughts on the topic.  If you leave a comment below, please tell me whether you think this move to the cloud is a good idea or not, and if not I would love to know which particular part of all this leaves you most unsettled.  Is it the price ?  Is it the necessity to be connected to the internet on a monthly basis ?  Is it concerns over future pricing of the cloud or future access to your files once you stop subscribing ? Let's hear from our community here.

John Price and Ed Durst from Open Text tell us about their CEM Lab, which stands for Customer Experience...