NAB Show today announced it is launching SPROCKIT, a new program which will give 10 market-ready startup companies the opportunity to present their product or service directly to influencers in media and entertainment. During the custom-curated, invitation-only experience, startups will present their offerings live to decision makers, industry visionaries, global media and potential funders at the 2013 NAB Show, the world's largest media and entertainment event with more than 90,000 attendees to be held April 6-11, 2013 in Las Vegas. 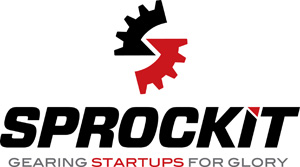 SPROCKIT gives emerging entrepreneurs and their innovations broad exposure through NAB Show. The 10 selected participants will have pre-scheduled meetings with C-level corporate executives and media outlets, and deliver on-stage presentations alongside some of the biggest names in the industry. Created in partnership with World Series of Start-Ups, LLC and Springboard Enterprises, the SPROCKIT program, under the tagline “Gearing Startups for Glory,” will launch on Sunday, April 7 and run through Thursday, April 11.

“We know that front and center visibility and facilitated connections are invaluable for early-stage innovators,” said Kay Koplovitz, chairman, Springboard Enterprises. “SPROCKIT and NAB Show are providing these entrepreneurs with unmatched access to key decision-makers in media and broadcasting to accelerate their startup innovations.”

“We are delighted to launch SPROCKIT in partnership with NAB Show to showcase game-changing startups that will shape the future of content creation, management and delivery,” said Harry M. Glazer, founder and CEO, World Series of Start-Ups, LLC. “It is our collective goal to make SPROCKIT the premier launching pad for emerging industry entrepreneurs where partnerships are forged between tomorrow’s pioneers and today’s iconic media, broadcast and entertainment companies.”

Throughout the program, startup leaders will meet one-on-one with seasoned entrepreneurs and industry experts for individualized support. Participating startups are currently being evaluated and will be selected by Angel Capital Association, Dell Founders Club, NAB Show, National Venture Capital Association, Startup America Partnership, The Paley Center and Springboard Enterprises. Startup companies chosen to participate will be announced in March. SPROCKIT is sponsored by Convergent Wealth.

“SPROCKIT benefits both the participating companies and NAB Show attendees,” said Gordon Smith, president and CEO, NAB. “Through the SPROCKIT program, we will enhance our attendees’ experience by presenting some of the most exciting up-and-coming companies in the business today, while SPROCKIT participants receive maximum exposure at the world’s largest event for media, entertainment and technology.”