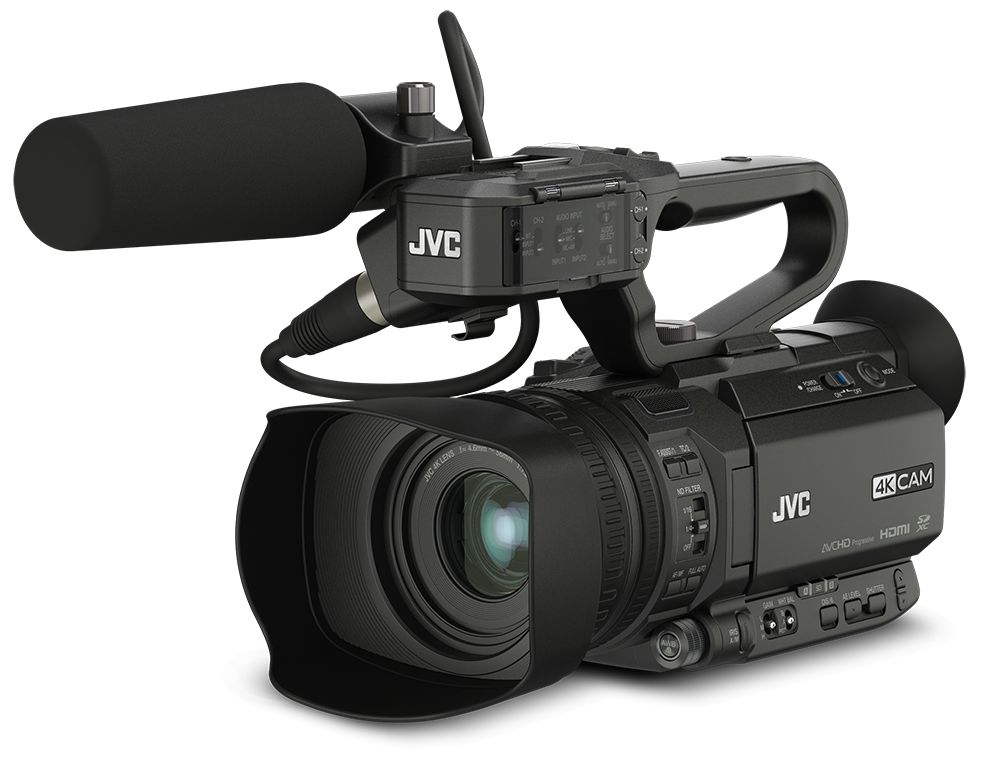 “The 4KCAM product line follows many of the same principles that have made our ProHD product line so successful over the last decade,” said Dave Walton, assistant vice president, marketing communications. “Our three new camcorders make ultra-high definition 4K affordable with native file recording to non-proprietary media cards. They deliver exceptional imagery and empower visual creativity for all levels of professional production.”

Both the GY-LS300 and GY-HM200 include a built-in HD streaming engine with Wi-Fi and 4G LTE connectivity that allows live HD transmission directly to hardware decoders, the Wowza Streaming Engine, and the ProHD Broadcaster server powered by Zixi. With support for various streaming protocols including RTMP, the cameras can also stream directly to popular Web sites and content delivery networks (CDN) including Ustream.

Compact but powerful, the GY-HM170 features a heavy duty body with comprehensive video profile settings and controls for professional use. Keeping with JVC’s commitment to native file workflows, it records 4K Ultra HD as H.264 files, and can record HD and SD footage in a variety of resolutions and frame rates. Other features include an integrated 12x optical zoom lens with two ND filters, built-in stereo microphone and 3.5mm audio input, and live 4K UHD output through a built-in HDMI connector.