Fast Company and TargetCorp. (NYSE: TGT) today announced plans for the Co.Labs & Target Retail Accelerator, where developers will vie to create a new mobile experience for Target and claim a $75,000 grand prize. Fast Company will chronicle the developers’ efforts on its new technology vertical Co.Labs. 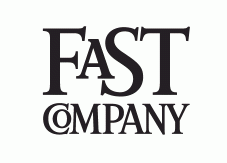 The Retail Accelerator and Co.Labs both launch March 8 in concert with Target's sponsorship of the Fast Company Grill, an exclusive, five-day experience to include a restaurant, lounge and arcade in Austin, Texas, just blocks from the AustinConvention Center. Target and Fast Company partnered to create the Retail Accelerator challenge to celebrate and foster technological innovations that are reshaping the retail industry.

“Innovation is core to Target's culture and strategy, and we are always looking for new ideas to enhance the shopping experience for our guests,” said Casey Carl , Target's president of multichannel and senior vice president of enterprise strategy. “We're proud to partner with an innovative publication like Fast Company, and we can't wait to see what the developer community brings to the table through the Retail Accelerator.”

Entries for the Retail Accelerator challenge will be accepted March 8 to April 30. Seven finalists will be selected in May by a panel of judges including Target and Fast Company executives as well as industry experts to be named at a later date. Each finalist will receive $10,000 to put toward development of their prototypes. The finalists will then build and present refined prototypes, and in July a winner will be announced to receive the $75,000 grand prize. Target will then work to bring the winning idea to life.

“When the dust settles, the Co.Labs & Target Retail Accelerator will show the industry just what kind of magic the future of retail has in store,” said Chris Dannen , editor of Co.Labs. “If you love being a developer, Co.Labs will resonate with you, and if you are around software people – or just wish you were – then Co.Labs will show you how they tick.”

Entrants in the Co.Labs & Target Retail Accelerator will be charged with demonstrating their full vision for creating a native mobile app, a mobile-enabled web experience or a mobile design that can be integrated into Target's existing apps or mobile services. The mobile experience should incorporate at least one of these Target priorities: Social, In Store, Personalization and Education.

More details about Co.Labs and the Co.Labs & Target Retail Accelerator will be available when the contest launches March 8.

Fast Company is the world's leading progressive business media brand, with a unique editorial focus on innovation in technology, ethonomics (ethical economics), leadership, and design. Written for, by, and about the most progressive business leaders, Fast Company and FastCompany.com inspire readers and users to think beyond traditional boundaries, lead conversations, and create the future of business.

Minneapolis-based Target Corporation serves guests at 1,778 stores across the United States and at Target.com. The Company plans to open its first stores in Canada in 2013. Since 1946, Target has given 5 percent of its profit through community grants and programs; today, that giving equals more than $4 million a week. For more information about Target's commitment to corporate responsibility, visit Target.com/hereforgood.