DreamWorks Animation professionals continue work on the company’s very first animated, musical feature, which will be delivered in 3D. 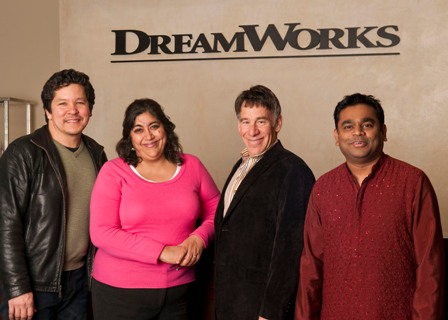 DreamWorks Animation SKG Inc. is fast-tracking the development of Monkeys of Bollywood (working title), a Bollywood-style animated musical adventure set in modern-day Mumbai. The upcoming animated film, like all future DreamWorks movies, will be delivered in 3D.

“To reunite with Stephen Schwartz and work with such a celebrated team of artists on DreamWorks Animation’s first-ever CG animated feature musical project is incredibly exciting,” says Bill Damaschke, DreamWorks Animation’s chief creative officer. “Together we will create a movie that is full of magic, fantasy, adventure, comedy, and emotion in which inspiring songs and dances will delight audiences everywhere.”

Inspired by the great Indian epic tale of The Ramayana, retold through the point of view of its monkeys, Monkeys of Bollywood revolves around two common monkeys who become unlikely heroes in a last-ditch effort to stop an ancient, thought-to-be-mythical demon from conquering the world. The project is being overseen at DreamWorks Animation by Bill Damaschke and development executive Chris Kuser.