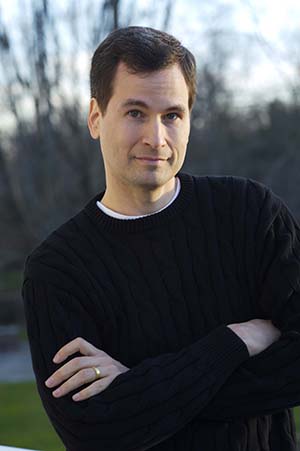 David Pogue, Yahoo tech columnist and host of NOVA ScienceNow, will speak at the NAB Show Radio Luncheon, held Tuesday, April 8 in Las Vegas and sponsored by ASCAP. NAB Show is the annual conference and expo for professionals who create, manage and distribute entertainment across all platforms.

Pogue has expanded Yahoo's consumer technology coverage since starting his column last fall. He is also a monthly columnist for Scientific American, an Emmy Award-winning correspondent for CBS Sunday Morning and host of NOVA ScienceNow. For thirteen years before joining Yahoo, Pogue wrote a weekly personal technology column for The New York Times.

Pogue covers topics such as: The Digital Generation Comes of Age; Is Mobile Technology Killing Us?; Disruptive Tech: What's New, What's Coming and How It Will Change Everything; Web 2.0, Social Media and Other Buzzwords; and Why Products Fail.

Prior to launching his tech career, Pogue spent ten years conducting and arranging Broadway musicals. He uses his musical and scientific knowledge to write and perform song parodies on the piano, including “Don't Cry For Me, Cupertino” and “I Got YouTube.” “David Pogue has used his fresh, original style to become one of the leading voices in consumer technology,” said NAB Executive Vice President of Radio John David. “I'm sure he'll be a big hit with our Radio Luncheon audience.”

Pogue is one of the world's best-selling “how-to” authors with over three million copies in print. He wrote or co-wrote seven books in the “For Dummies” series, including “Macs,” “Magic,” “Opera” and “Classical Music.” His computer book series, the “Missing Manual,” contains 120 titles.

The NAB Show Radio Luncheon will include the annual presentation of the prestigious NAB Crystal Radio Awards, which honor local radio stations for their year-round commitment to community service. Steve Harvey, popular national radio personality, will be inducted into the NAB Broadcasting Hall of Fame.

About NAB Show
NAB Show, held April 5-10, 2014 in Las Vegas, is the world's largest electronic media show covering filmed entertainment and the development, management and delivery of content across all mediums. With more than 93,000 attendees from 156 countries and 1,550+ exhibitors, NAB Show is the ultimate marketplace for digital media and entertainment. From creation to consumption, across multiple platforms and countless nationalities, NAB Show is home to the solutions that transcend traditional broadcasting and embrace content delivery to new screens in new ways. Complete details are available at www.nabshow.com.