Whether you are a video producer, music producer, audiobook producer, or the author of ebooks, if you sell your content, there’s really no escape from the question: “To DRM or not to DRM?” If you aren’t yet familiar with the acronym, DRM stands for Digital Rights Management, and basically refers to technologies which can limit digital content. Some DRM implementations aim to prevent copying at all, while others aim to limit the number of permitted copies. To give a familiar example, Apple’s iTunes Store originally created its FairPlay DRM system which limited playback of a file to a maximum of five registered computers. However, as quickly as Apple was able to convince content producers (mainly record labels) that they were better off without it, Apple gradually began eliminating DRM and finished that process at the beginning of 2009. For me, the question “To DRM or not to DRM?” recently demanded an immediate decision when I decided to release my book Unleash GoogleVoice’s hidden power as an ebook. Previously, it had existed only as a printed book. Although I had previously created digital video tutorials, the DRM decision for them hadn’t come up because up until now, my digital video tutorials haven’t been sold by themselves: They’ve been included with seminars and webinars.

At first, I didn’t even want to offer Unleash GoogleVoice’s hidden power as an ebook. I was terrified about potential piracy. However, as the tablet explosion grew, with cheaper and better Kindles from Amazon, Samsung’s Galaxy Tab, the new NOOKcolor from Barnes & Noble, and of course Apple’s iPad (not even counting all of the new ones which were announced at CES 2011), I began to reconsider. Then some people started to comment: I’ll buy your book when it becomes available as an ebook.

Enlightenment after research and soul searching

I began reading articles about DRM and piracy. Some of the articles said that despite some piracy, more sales occur as a result of it, because of indirect publicity. I remembered Apple’s applauded move to eliminate DRM on iTunes music. I know how easy it is for people to circumvent the DRM when they want to, but how they find it to be a chore. 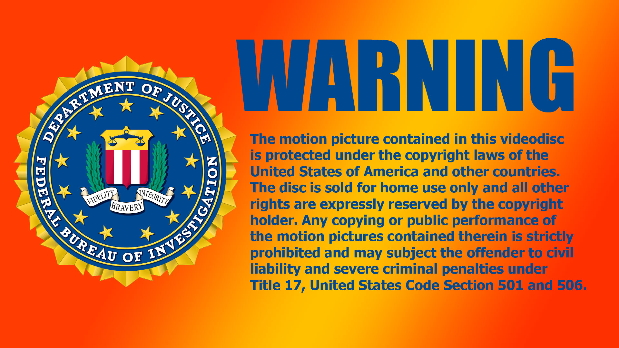 I also remembered the negative attitude of the famous FBI Warning we see on most movies on DVD. Then I was inspired to take a different approach:

The result is the logo badge I created, which you’ll see above. Rather than assuming that all listeners/readers/viewers are thieves (the way the FBI Warning does), I decided to take a more optimistic and positive approach, which assumes that most purchasers of my ebook are honest, and just reminds them to play fairly with me, and other digital content creators. As always, comments are welcome.