Is your style that of the die-hard renegade start-up or are you looking for institutional support? 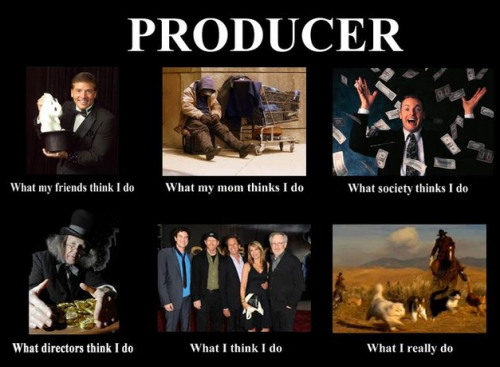 I attended the Producer’s Guild of America’s Crossover Producing Panel in early April, the panelists were all producers who had taken their experience in film or television and found their way into new disciplines. For some, this meant moving into advertising, or running online distribution platforms. For the audience, their journeys were revelatory.

As part of my own job, I deal with producers on a variety of different platforms regularly. The titles may change, but the skills are consistent and essential. They are the people who make productions happen, whether they’re films, televisions shows, live events, fiction or non-fiction, or whether they’re games, mobile apps, or online.

The job is prestigious, but often misunderstood. If you were to tell someone at a cocktail party you were a Producer they would likely go “oh!” and after reveling in your enigmatic mystery and prestige for a few moments –if you’re very lucky – they might then lean in and whisper “What exactly does a Producer do?”

imer, Bigelow, Spielberg or Gail Anne Hurd, there are hundreds of less well known producers whose work makes the business we call show, and dozens of connected industries run smoothly.

Directors direct, Programmers program, Writers write, Grips grip and actors Act. Producers produce, which means, they take the sum total of all that work and make absolutely sure that it can happen, in real terms, in real life.

A question that tore at my heart at the Guild’s panel was from a woman who had been working as a premium long-form television series producer for decades. She asked how she could explain those skills to someone who never worked in the industry, if she wanted to transition into a totally different field, or had to because of the sometimes-fickle nature of media’s economics.

Here are some things that producers do that translate clearly to whatever job you might be seeking:

The Producer’s Guild of America, the professional organization that adjudicates crediting on Film and Television as well as New Media, recognizes Transmedia Producers. These credits are the standard by which the Department of Justice and provide guidelines for legal disputes and best practices. The New Media Council and Credits for the Producer’s Guild are Ten Years Old this year, and the Transmedia Producer credit is four years old. Chris Pfaff unpacks the credit in Producing Transmedia: The Future of Digital Media.

If you want someone with the above skills you can hire a variety of people vetted by their experience and peers at the Producer’s Guild Job Board.

But back to the question at hand, “what, pray tell, does a producer do? “ You can just imagine staring at an increasingly disinterested cocktail party conversationalist – their eyes searching around the room while you fumble at a definition.

Producers find material, shape it, and assemble forces around it to realize it as content in the medium of their choice. 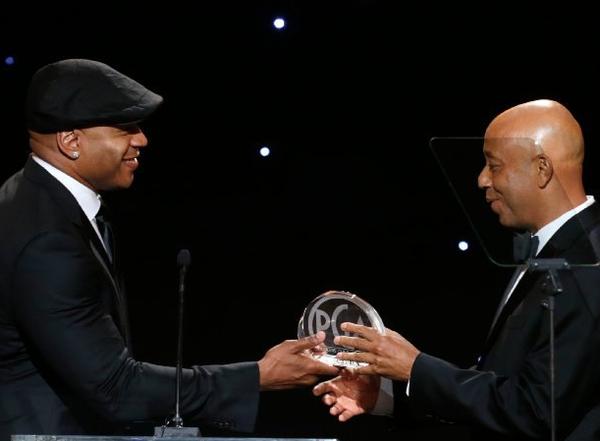 Every story world is a new enterprise that a production team hopes to take from the imagination to reality. They are not only creative endeavors but business entities and the most successful of these productions: be they film, television, game, online or all of the above, have a savvy steward at the helm to see it through not only script and production but business strategy.

Thinking about producing from the perspective of more generic business descriptions, one can examine a bit more of what it takes to create a project in the media space, regardless of the platform or platforms it exists on. Each new storyworld is a new business proposition, and while to succeed your story must be strong and well elocuted, without a producer’s business experience or tenacious spirit, it may never make it off the drawing board.

A Producer is an Entrepreneur.

Let’s start with identifying several kinds of Producer, and the ways they fit the mold of Entrepreneur:

I’m picking big, high profile names, because they are recognizable examples, there are dozens of examples that fall into these categories, and here, just using film and TV examples, for the sake of brevity.

These producers find their funding from scratch for each new project. They build their own teams and then find ways to bring those productions (games, movies, web experiences, novels) to the marketplace. While they are able to create work with fewer artistic constraints, they still have to find their audience and face stiff competition.

What makes Studio Producers impressive is the sheer number of resources they can bring to bear thanks to their associations with consistent sources of funding and distribution. Though they have models and support, however, these producers still face stiff internal competition against other products built by their parent companies, and have to have the nimble thinking of their indie brethren to distinguish themselves internally, and then in the wider market.

These are the star producers, few in number but rich in prestige, their enterprises are bankable but that is no guarantee of success for a new production.

The Dynamic Producer – Everyone In Between

The vast majority of entrepreneurs fit between the categories of Start-Up Wunderkind and Superstar Mogul. Creating a successful production, just like an enterprise, usually means assembling a mix of independent, start-up techniques and finding partners from anchor companies, or major distributors. 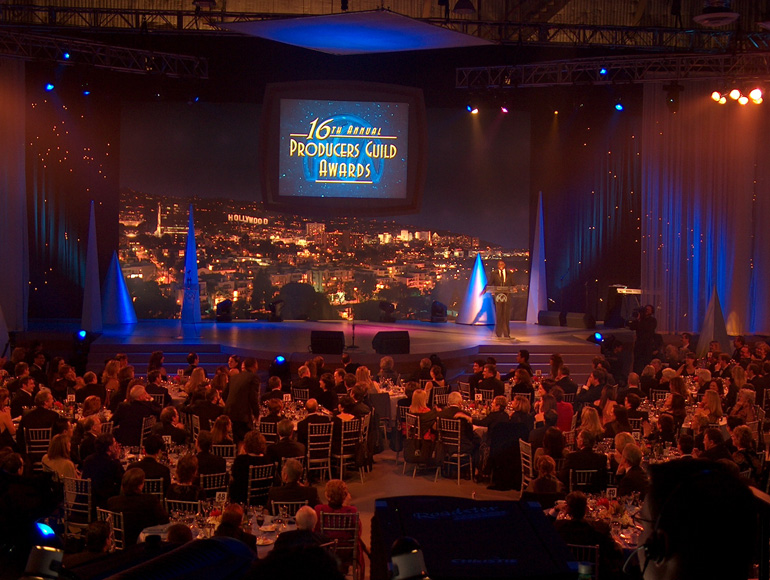 As an ongoing part of this column, I’m going to explore the similarities between commentary on best practices in entrepreneurism and it’s application to the field of production. I’m going to try and describe production processes through the language of other industries and help demystify parts of the process for those who are interested but uninitiated in the entertainment industry.

Is your style that of the die-hard renegade start-up or are you more of a dynamic producer, ultimately looking for larger institutional support? Ask your questions in the comments and I’ll do my best to answer them based on years of working with them all across multiple platforms.

TV/Film Production Realities: Writing and directing in the scripted and unscripted worlds

With less than two weeks to go before NAB 2016 and my inbox regularly inundated with a multitude of VR related press releases, I...

Figuring out how content creators can and should approach storytelling in a virtual environment is something I’ve explored in the past, as the interest...
Near the start of our reward-based crowdfunding campaign I wrote a piece for PVC outlining the ‘partnership approach’ we were taking to build exposure...

The Fellini film 8½ is perhaps one of the best films about the anxiety and creative crisis of making a film. In the 50...