The writers here at ProVideo Coalition have never hesitated to shy away from challenging another blog post that we take issue with. This happened to me a couple of times over the last week to a couple of post-production related articles that I saw popping up and being shared around the web. One involved using a video game controller to edit video faster in and the other was Moving from Adobe to Avid.

Let’s first take a look at this idea of using a video game controller as a faster way to edit.

Edit videos with a $20 game controller to save time and have more fun https://t.co/OGhD1o98Bs pic.twitter.com/pBwQlQH0lp

The idea is actually quite a clever one as any kind of external input device is worth exploring when he comes to faster and more efficient video editing and no interface device is more ubiquitous than a Playstation-like game controller. I’ve spent a good part of my editing career looking for better ways to interface with my nonlinear editing application. From different types of mice, to tablets, to trackpads, to other weird things, I’ve personally never found anything I like better than a mouse and a trackball. Others have their own favorite non-standard input devices (like a G13 gaming device mentioned below) but I question a video game controller.

@editblog @amthur88 @DigitalTrends I do love my G13 for cutting. It’s a speed booster in the sense that I can keep my hand in one spot

I didn’t think much about the video I saw using the game controller until I read the article on Digital Trends which trumpeted how much faster it might be too edit with this game controller. Watch the video and you see the creator actually do some editing, a very very small bit, at the end of the video. It looks entirely doable. But it was the comments from the Digital Trends author about how it could speed along the process that made me think about this response. Most experienced editors will dismiss this as just a fun little diversion which it actually could be but what bothers me is new editors reading this, trying to pick up the craft, who might actually look at this and think it could save them time. Spending time setting up a game controller and actually learning and remembering where you mapped all the commands will only waste valuable time that should be spent learning the keyboard shortcuts and developing the muscle memory that will make you a much more efficient editor. That’s just the technical button pushing side and not the more difficult to learn storytelling side.

The main problem I see with using a game controller is that it requires two hands on what is really a very limited input surface. Yes you have 10 to 15 buttons that can execute multiple commands but that pales in comparison to how many commands you can execute from the keyboard. It would still sometimes require reaching for the mouse or the keyboard at which point you have one hand executing a command away from the controller while the other hand is unused dangling the controller in mid air. A very inefficient way to work. That’s why the fastest editors drive the NLE with two hands on the keyboard. While you can use one of the joysticks to move and operate the cursor it’s a very imprecise way to move a mouse cursor both due to the speed at which it will move and the fact it will probably have very little controllable velocity moving the mouse from one side of the screen to the other. Remember those little rubber eraser things PC laptops used to have sticking out of the middle of the keyboard? That was a terrible way to use a mouse and this seems similar. All these things would take extra time and in no way speed up your editing flow.

For those of you curious about my G13 layout for MC.

The next article came from Videomaker it was titled HOW AND WHY TO SWITCH FROM ADOBE TO AVID.

How and Why to switch from Adobe to Avid https://t.co/Eu2KJjhHWz pic.twitter.com/n8y3vLSerh

Being a big proponent of switching NLEs depending on your need I read it with great interest. What I encountered was little more that what seemedlike Avid marketing materials and a number of misleading conclusions. As a frequent user of Avid Media Composer I do believe it’s a tool that all editors should be familiar with but this is the type of article that does more harm than good to new editors or a person unfamiliar with Avid. While Videomaker seems more geared toward novice users or hobbyists they have good content and I have learned many things from Videomaker over the years.

Eeeww… First paragraph made it promising. Then they broke out the tub of yellow-label vanilla ice cream. https://t.co/U1Hh8GIkti

The first problem with the article is the headline and the title: HOW AND WHY TO SWITCH FROM ADOBE TO AVID. There’s no direct comparisons in the article with Premiere Pro and what an editor might need to know to switch from Premiere to Media Composer. There are some generalities about not having to “hop into another program to run the gamut of post production tasks” which one can only assume is referring to Adobe Creative Cloud suite. But the reality is there is very little Media Composer has over Premiere that would require an editor to jump into another of the Creative Cloud tools while using PPro.

@editblog For me it is also a subjective point of view.

It’s difficult to know exact number of how many editors are using one tool over the other but in our hugely video centric world I highly doubt that “more time and money is spent on postproduction for feature films than what’s spent on any other postproduction niche in the industry.” I think these days feature film postproduction it’s a small sliver of the overall pie when compared to broadcast television, corporate video production and web based video. Hollywood sticks with the tools they know which is one reason so many Hollywood productions are still editing on old versions of Media Composer and haven’t yet even updated to what is arguably the best MC version in a long time, 8.5.

Speaking of Hollywood the article does speak to one of Media Composer’s great strengths which is collaborative workflow. The author even says that “Media Composer is built on architecture that allows for multiple editors to work on the same project at the same time while using the same assets.” Collaboration is a great Avid strength but to read this paragraph one would think that this is something any Media Composer software install can do right out of the box on your local SAN or shared storage. The reality is that you need Avid shared storage (or one of the few third party shared storage solutions who are emulating the Avid sharing protocol) to allow multiple Avid editors to collaborate on a project the way that Avid intends. Yes editors working on the local shared storage can take advantage of Media Composer’s project architecture to trade bins back-and-forth but true project sharing it is nowhere near as easy as the article would have you believe.

The other big part of the article that needs clarifying is the subheading “a deep toolset. ” This paragraph is especially misleading in the context of switching from Adobe because all things available in a Creative Cloud video install is a much deeper toolset than what Media Composer alone can offer. It’s comparing apples to oranges because you’re asking one application to do what another suite of multiple tools can do. And even when comparing the toolset of Premiere alone to Media Composer alone they are pretty equal these days.

Yes Media Composer can technically work with “HDR footage, high frame rate and screen resolutions up to 8K” but those are relatively new feature additions and you’re not going to work with that type of future media without serious supporting hardware. When I hear high frame rates these days I think beyond 60 frames per second since Ang Lee is now shooting 120 frames per second.

When speaking of the tools with the NLE this sentence especially needs to be addressed in the context of moving from Adobe to Avid: “Media Composer contains a strong built-in chromakeyer, tracking, tiling options a plug-in suite of effects with Boris Continuum Complete.”

An argument could be made that at this point in the life of Media Composer that Adobe Premiere has a much stronger implementation of those tools. While PPro’s Ultra Key and MC’s Spectramatte are probably comparable many Adobe editors would move into After Effects for complex keying. Media Composer still relies on a point tracker while Premiere has a more sophisticated object tracker built into every single effect. Media Composer’s titling tool has long been the subject of much frustration as it has gotten very little updating over the years. It hasn’t even made the conversion to 4K as NewBlue Titler Pro was added as a bundle to fill that void. And let’s not even mention Marquee. While it’s good the article mentions the fantastic plug in package of Boris Continuum Complete it no longer comes complete as part of a new Media Composer license. Plus it’s also available for Premiere.

As a long time Avid editor I appreciate the spirit of the article. Anything that can drive new users to Media Composer is a good thing. It’s still a very powerful nonlinear editing package and a very important one to know if you’re contemplating work in feature films and television. It’s especially important to know for recent graduates and young editors coming into the system as there are many media education programs that do not teach Avid. What we don’t need is an article that misleads those who are curious about Avid whether you’re called to cut on Avid for a job or if you are an Adobe switcher trying to learn a new tool.

I’ve spent over 10 years writing articles on the Internet about editing and the tools we use to edit and I don’t mean thisarticle criticisms to be mean. Everyone edits differently and no workflow is perfect but there are certain truths I have hoped to convey over many years blogging. Sadly many websites these days go for quantity of clicks over quality of content. When that becomes my modus operandi I’ll hang up my blogging pencil errr…. keyboard.

The Simpsons go live: an exclusive inside look

I always find that rendering/exporting/outputting out of any application to be very hit and... 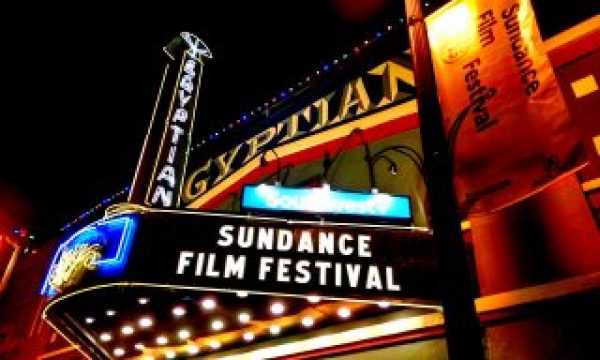 Welcome to a special podcast series from Steve Hullfish and ProVideo Coalition! For the...