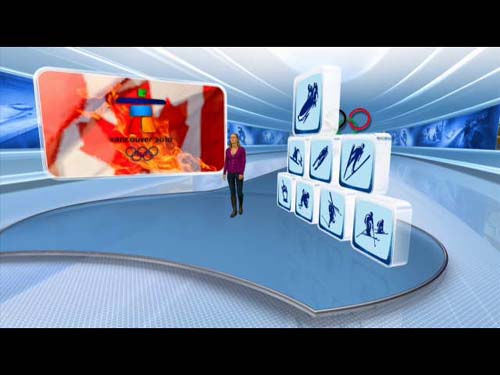 Plazamedia is not an average production house. With a long list of first-class outdoor, studio, and sports productions created for customers around the world, the Munich-based company is also well known for using its Open Houses as sneak previews for the most exciting developments in the industry.

“We knew that Plazamedia planned to demonstrate its new real-time HD virtual studio. So we thought, why not take it one step further and create all the scenes in 3D?,” explained Gerhard Lang, Chief Engineering Officer, Vizrt.

The result of the cooperation allowed Plazamedia to promote not only the company’s new HD virtual studio and HD master control room, but also Germany’s first 3D HD virtual studio, powered by Vizrt technology. The Open House early last month was the public premiere for the new setup.

Instead of seing the usual flat TV picture, Vizrt’s real-time renderers created stereoscopic images that were used to create an illusion of depth. Using special 3D glasses, the guests could see moving 3D content on a typical TV screen. The installation was done without the special stereo cameras normally needed for 3D demonstrations. Vizrt’s stereoscopic rendering ensured that the on-camera talent remained properly situated within the 3D scene. 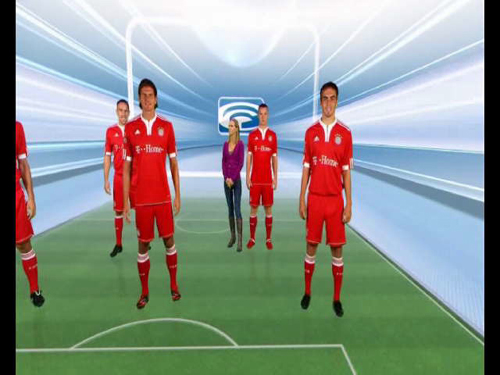 Plazamedia’s HD virtual studio is based on two Vizrt products: Viz Virtual Studio and the Viz Engine real-time renderering engine. Both system are capable of creating real-time graphics both in SD as well as HD. In addition, Plazamedia worked closely with other leading virtual studio vendors-including Thoma, Technocrane, and Infitec.

Vizrt’s Gerhard Lang added, “This is definitely not a one-off. Some of Vizrt’s customers such as ESPN, NFL and BSkyB have already been on air with Stereo 3D content, and we see this as a future growth market for Vizrt. Broadcasters just require proof that this technology is ready for prime time. With Plazamadia’s HD 3D virtual studio, we’ve demonstrated that 3D production is indeed a valid option.”

Based in Ismaning, near Munich, Germany, PLAZAMEDIA is one of the leading full-service providers for TV and new media as well as Germany’s largest producer of sports TV. The company produces content for TV broadcasters and rights holders of such sports as football, ice hockey, basketball, boxing, Formula 1, and sailing. PLAZAMEDIA recently produced international matches for the UEFA Champions League, World Cup qualification, and UEFA Europa League in HD, as well as European and World Championships in a variety of sports. PLAZAMEDIA also offers comprehensive services for outside broadcast production, broadcasting, new media, studio prooductions, and post production. The firm’s clients include Sky, DSF, ARD, ZDF, RTL, SAT.1, ProSieben, RTL II, Disney Television International and Eurosport, as well as many other national and international companies. A Constantin Medien AG company, PLAZAMEDIA GmbH is managed by Florian Nowosad (CEO), Zeljko Karajica and Markus Maximilian Sturm.

We propose a new vision for content creation, management and delivery with an end-to-end solution from conception to multi-format distribution. Through constant innovation and a good measure of fun, we create software and services that push creative boundaries and develop new ways of telling stories.