Flexibility is key for an editor of any genre or story

First and foremost, I’m an editor. I love telling stories.

Naturally, there are an infinite amount of ways that a story can be told, and nowhere is that more evident than when you find yourself looking through the raw footage of a project. Obviously, every project has a creative vision behind it before the camera ever starts to roll, but the way to see or not see that vision realized is when the editing process has begun. There’s something indescribably exciting about being able to mold a story together from a bunch of disjointed footage. I love solving the puzzle of combining performance, visuals, sound, and pacing in order to entertain an audience. 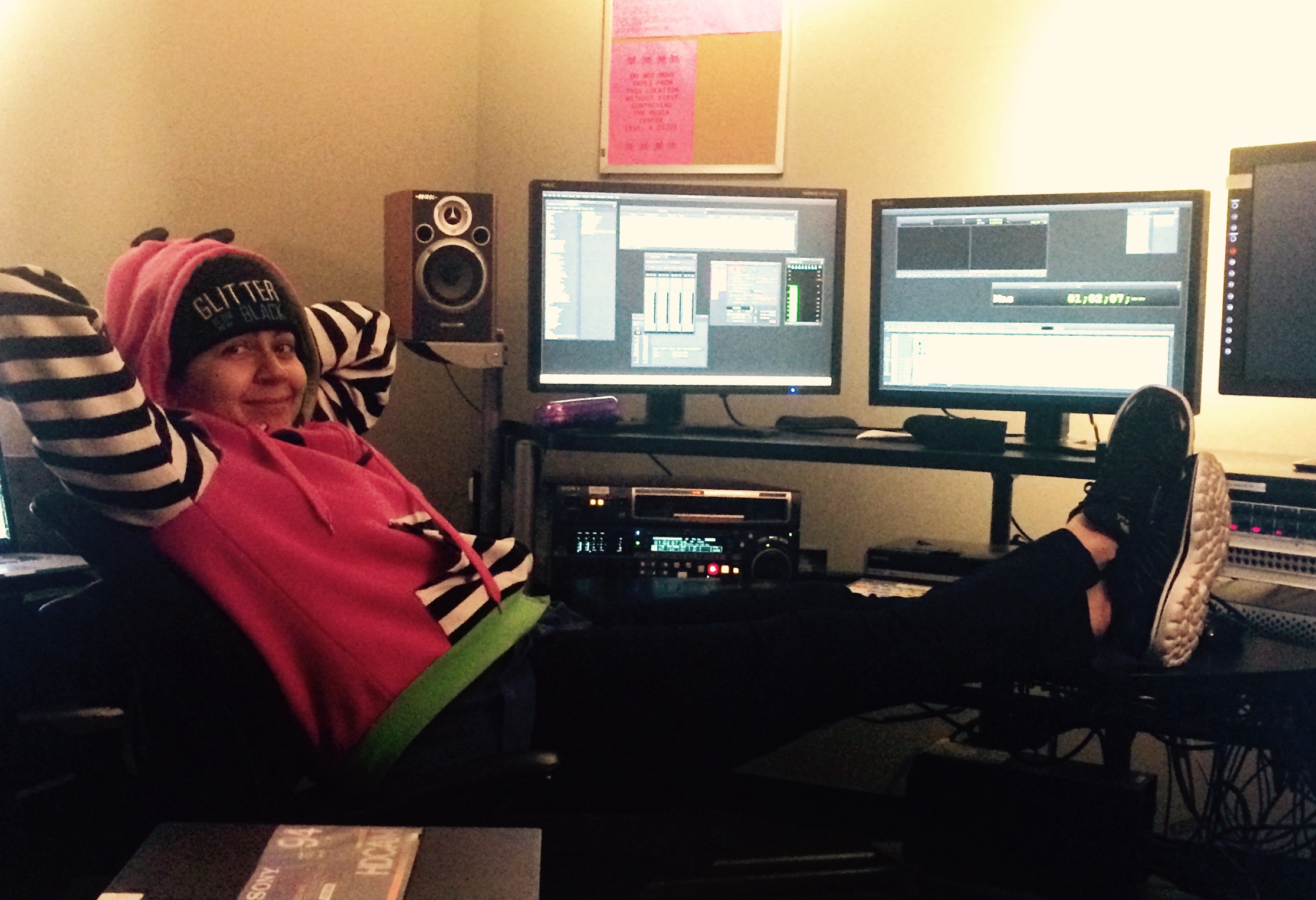 There are so many different kinds of puzzles though. I‘ve worked mainly in television, editing both long and short form shows for several different networks and I pride myself in my flexibility across editing genres. These television projects have included documentary, reality, multi-cam studio shows, and red carpet award shows but I’ve also worked in independent features as well, including documentary and scripted projects for such companies as Starz and Miramax.

Sometimes you get a lot of freedom and can really help shape the story. Other times you’re trying to deliver a first cut that is as close as it can be to a script, even if it’s just so everyone can see whether or not something is working. Sometimes I’ll get scripts and I’ll make suggestions if something isn’t making sense, and other times they just ask me to make their footage work. It really depends on the project.

The approach an editor brings to that project is just as important though. When I’m cutting my multi-cam studio show, I’m not going to start it the same way I’d start cutting my documentary. I have to come at them differently but still creatively so I can quickly meet my deadlines. There’s a lot of trial and error, but when something clicks it’s incredibly satisfying.

Flexibility is key though, and sometimes editors will find themselves pigeonholed. Many editors have specialties, and there’s something to be said about exclusively doing a certain type of work, especially with so many genres and sub-genres. Of course, I’ve been brought into projects when it was obvious that something wasn’t working, and that usually goes back to an editor who wasn’t willing or able to go beyond their comfort zone. Adjusting to the workflow and mentality of whatever you’re editing is essential.

Editors who are flexible in their capabilities and mentality are the ones who get called to work a lot. I don’t consider myself to be a motion graphics or visual effects artist, though I do use some basic tracking and compositing techniques in my work. It isn’t necessarily a common practice to use these techniques among certain groups of editors, but I am starting to hear more about editors using rough split screen compositing techniques to create the best performance, and then they have their assistants or a VFX artist fine tune the composite. I’ve heard editors say that they only cut picture because they focus on story, but that often means you’re missing out on other pieces of a puzzle.

I’m known for creating glamorous and glittery visuals with third party plugins for some of the award show coverage that I work on, and my producers are very happy with my work. I’m always on the lookout for new ways to use the effect plugins, but when I wasn’t necessarily looking for new elements to use outside of my existing tools when first heard about Rampant Design. Why mess with or try to change something that’s working?

It goes back to having flexibility. I want to be able to familiarize myself with and use new tools, but also ensure I’m always open to a better way of doing things. That’s part of the reason why I immediately took to the Rampant tools.

I’m pretty good at using effects, but sometimes it can still be a cumbersome process. There are so many pre-built options in the Rampant Library that in a tight turnaround, I can use something that feels original right from the start. If I have the time, I can make something completely unique, and that’s what I want to do on my show so that no one can say they’ve seen something like that elsewhere. I want it to be different. I want it to fit and serve the story.

Sometimes I have such fast turnarounds that I can’t mess with any of it. Thankfully, the Rampant effects are already so nice, and so clean, and I can quickly get them on. If I’m in a real rush I might just throw a blend mode on them, but when I actually have time I can manipulate the hell out of them. I’m time-ramping them, layering them with other plug-ins or on top of each other. My timelines can look crazy, but that’s a small piece to pay.

The Rampant tools have become an important part of how I work. What I’ll usually do is pull up my Rampant library before I get going on a project, and then I’ll quickly scan through and see what effects catch my eye. I’ll gather a bunch in a folder and then refer back to those throughout a project. I’ll work with selections, and I like doing that because the next time I get going on a project, I’ll be scanning through again and the library will be showing me different things.

That said, getting through the library isn’t a given since it’s so huge. Naturally, not all of it is going to fit the particular aesthetic I’m looking for at the time, but the light leaks, film elements and lens flares are going to catch anyone’s attention. I love using my third party plugins for lens flares and color treatments. I had so many unique options with Rampant that it allowed my work to feel customized without having to spend a long time tweaking the parameters of an effect. 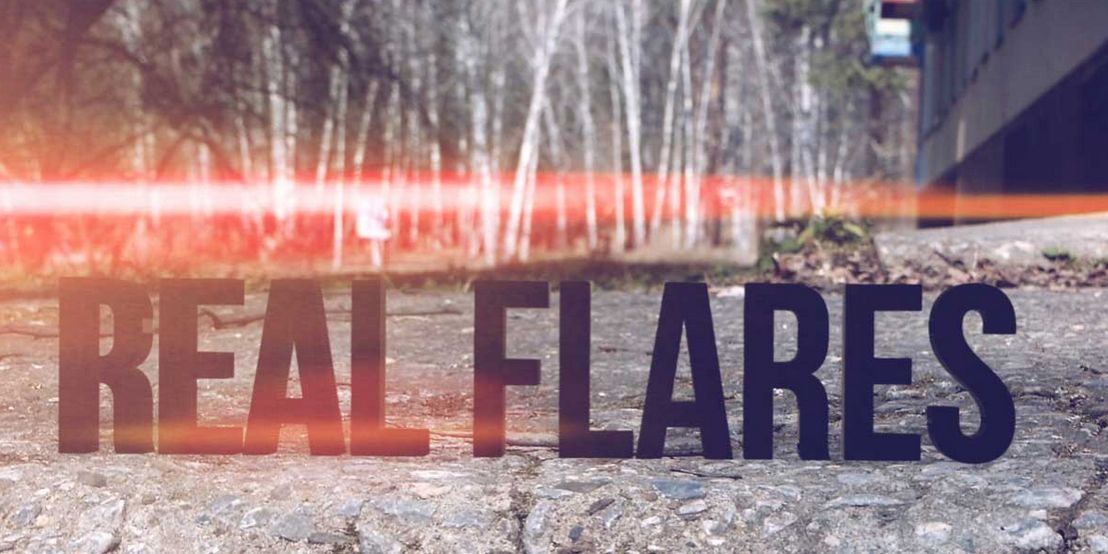 As a quick example, because the lens flares were shot with real lenses and lights, they had a different quality to them than the generated flares from the plugins. Now this doesn’t mean that I abandoned my plugins, but instead I combined them with Rampant’s elements to create something even better. Having that sort of creative freedom is amazing.

Along those same lines, one of best aspects of using the quicktime effect elements is that I can easily manipulate them using color, resizes, speed ramps, layering and masking. I am not limited to the original effect in the quicktime movie. When I find something that catches my eyes after scanning through the library I start playing around like a kid with fancy crayons.

Not every project needs lens flares or light leaks and the variety of elements in the library is really helpful for the different editing projects that come my way. I recently did a demo at NAB and I was able to use the Mystic Eyes in the Monster Tool Kit to give the characters in my scenes superpowers. I also combined elements from the Studio Film library and Film Grunge library to dirty up my footage for a post-apocalyptic feel.

I have some familiarity with non-traditional editing tools, but what I appreciated about the Rampant effects is that the learning curve is so low. I do offline and online editing because I enjoy the technical aspects of the job in addition to the creative aspects, but I know the technical challenges can often be the biggest headache for editors. Luckily, these tools are great for beginners but just like any great piece of software, they possess an incredible amount of depth that you can explore as much or as little as you want. And not having the library node-locked means you can take that library with you from project to project.

Being able to customize elements like this makes me more valuable as an editor. I can bring a unique look and new distinct visual ideas to whatever I’m working on. Producers really appreciate that. Most of the time, producers have no idea how these effects work. Some producers do, but most don’t. They get really impressed that I’m bringing these things to a project, because it shows that I care about my work. You can tell when an editor is just phoning it in, so it really helps show how invested I am in my work. They know I’m really going to bring something to it.

Editing and storytelling are about the smallest details. As an editor you need to know how to tell your story but then also add the little details such as sound design and visual elements to support that story so it’s a more defined experience for the viewer. I want to use tools that will allow me to create, find and showcase those details so that my work stands out and I’m able to tell the story that needs to be told.

That’s my story though. What’s yours? 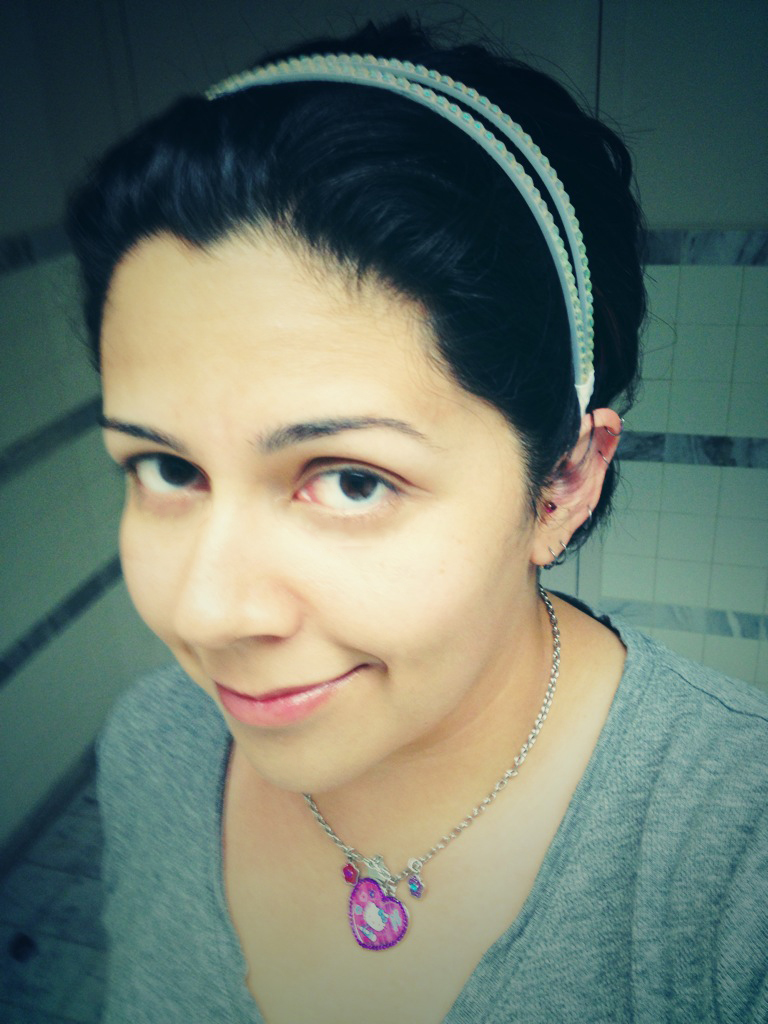 Monica is an Offline/Online Editor based in Los Angeles. She has worked for several television networks in addition to independent features that have been released by Miramax, Lionsgate and Anchor Bay Entertainment. She enjoys sharing her knowledge by giving presentations about her work, as well as Producing/Co-Hosting an industry podcast called Going Postal Show (www.goingpostalshow.com) and promoting health in post production through Fitness in Post (www.fitnessinpost.com). You can follow her on twitter at @monica_edits.

Hey Everyone, It’s time, once again, for another “Let’s Edit” tutorial, and this time we’re onto lesson 3 of...

COVID has all post professionals thinking about one thing.  Getting their home offices set up for a work from...

Hey Everyone, It’s time, once again, for another “Let’s Edit” tutorial, and this time we’re talking about the absolutely...