How did we get here?

This is my well-worn Sony EA50-U camera.  It’s a APS-C chip with an Alpha/E-mount, and I have used and tortured it horribly.

That picture was shot in the NAB press room, at the end of my three days of shooting for PVC.  Let’s have a look into the viewfinder, shall we? 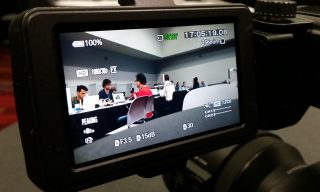 Call me easily amused, but this blows my mind.  I NEVER charged the battery in three days, and I never cleaned off the chip.  To be fair, I wasn’t shooting hour-long takes of anything (at least, not on purpose – hey, it happens) but still, to come from a world of tape decks and 20-minute 3/4″ Umatic tapes and BP-90 nicad deck batteries that might last 30 rolling minutes to where we are now in 35 years is very, very cool.  And if anything the pace of progress just keeps on growing.

Nothing is perfect, though.  The lens that came with the EA50-U is slow, not easily focused and can’t do a creep zoom to save its life (plus it gets longer and shorter like a trombone if you zoom in on something.)  Luckily, it appears Sony might be doing something about that.

Meet the alpha-mount Sony 18-110mm lens.  Sure, at f4 it’s pretty slow, but the gain-up on the EA50-U is fairly clean, it wouldn’t kill me to put up a light once in a while.  Finally there is an alpha-mount lens out that actually feels right for broadcast work.  So…my birthday is in August.  <hint hint>  (Thanks to Alan Lugo at the B&H booth for letting me mount the lens on my camera for a quick look-see.)

Here’s the last photo, of the camera at the Science March on Washington the previous Saturday.

It rained almost all day, and despite the valiant use of plastic shopping bags, the camera got totally soaked.  Didn’t slow the machine down one bit.  Amazing.

We work with miracles each and every day.  Let’s take some time to appreciate that. 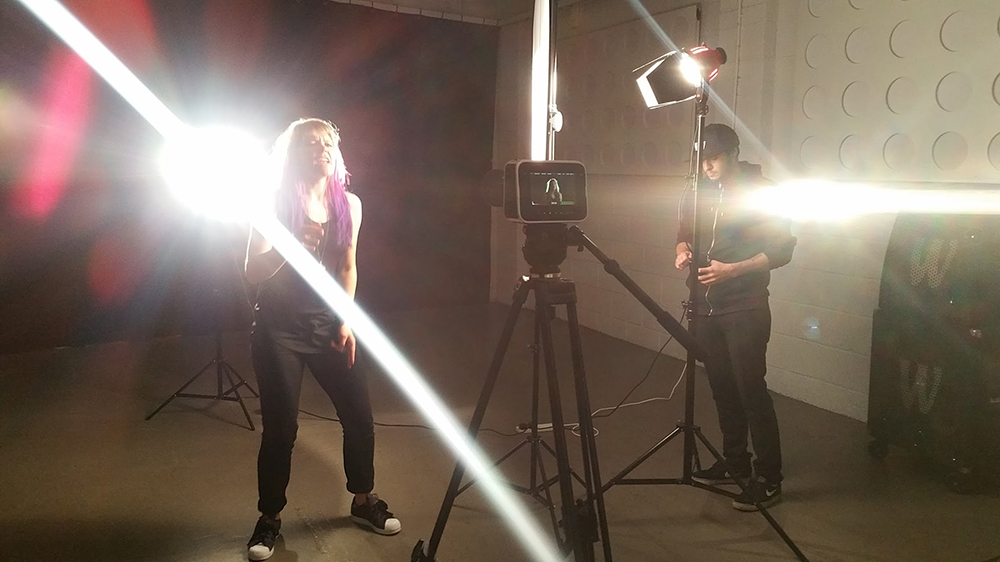 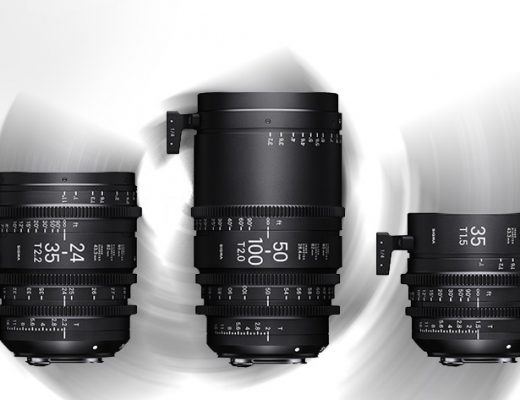 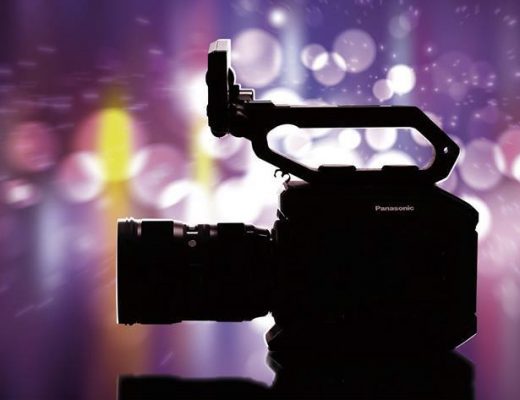 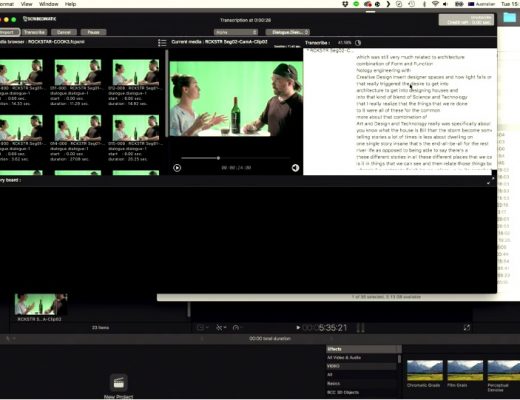 With NAB 2017 now wrapped, I’ve had a chance to actually dive in and check out some of the... 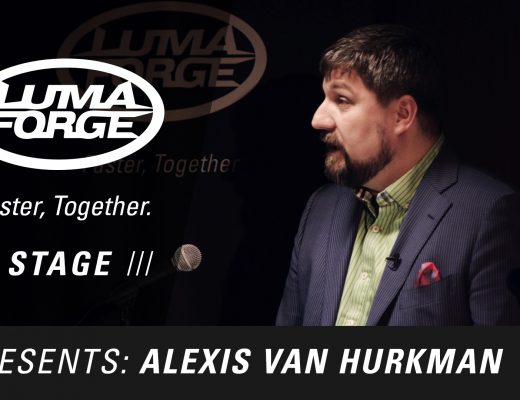 During NAB 2017, LumaForge hosted the Faster, Together Stage. There, post professionals from around the world came to talk...