An overview of the players in this complex game. 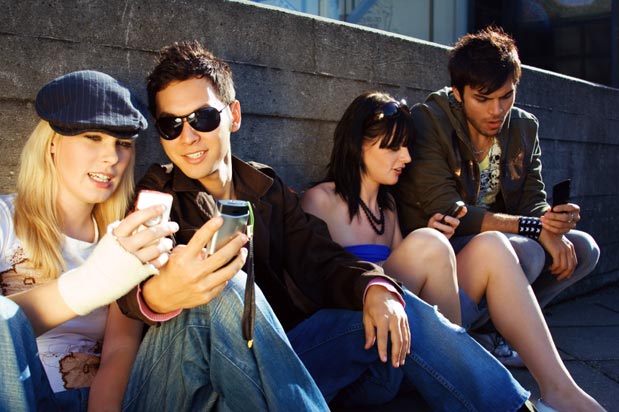 There is a lot of buzz these days about video distribution to cell phones. The idea of uploading an independent film, TV series pilot or even your demo reel to a place where anyone with an iPhone can see it sounds like “the next big thing.” Unfortunately, the ease of distributing to mobile devices is not nearly as easy as uploading a video to YouTube – at least not yet.

Over the next few articles, we’ll look at some of the complexities and strategies for delivering video to mobile devices. We’ll also look at how some trends will have an impact on production and distribution of video content. To begin with, let’s look at one straightforward question – why mobile and how are we going to view video on mobile devices?

Mobile is the most personalized and direct marketing tool that we have access to today. Mobiles are with people wherever they go. People rarely lend out their mobile phones, even to family members. Whereas a household may only have one or two TVs, it is just as likely to have four mobile phones. With over 270 million phones in the US and over 2.5 billion worldwide, mobile is the most ubiquitous connection on the face of the Earth.

2008 marked the first year that . And, not only is the mobile phone great for making calls, it has transformed over the last few years into a connected content device that allows a user access as much information as resides on the internet. Unfortunately, most of this content is not ready to for mobile devices. Even some companies with a large consumer face do not have mobile versions of their websites – or even iPhone-compatible versions. Adding video into the mix is a daunting task, because of the wide variety of “standards” from phone manufacturers and mobile networks.

The first thing to understand is that mobile phones operate on a large number of operating platforms. The big ones are Symbian, Java or J2ME, Brew, Palm, RIM, Windows Mobile, and Apple. (We’re leaving Linux off of this list as it operates on top of other operating systems at the moment.) Because of the wide variety of systems, video players do not necessarily work on each of these systems. And to further confuse things, some platforms have developed their own proprietary players.

Secondly, this gets a bit more complicated with the wide range of handsets available to consumers. Within the US, there are over 20 major manufacturers of mobile phones, some with their own proprietary video players. And even if they share an mobile OS, accessing the video player requires tweaks along the way.

Lastly, there is no equivalent SMPTE standard for mobile video. The diversity of mobile operating systems also means an equal diversity in video formats, size, frame rates and codecs. Even worse, documentation on those important parameters is hard to find, and often buried deep within the manufacturer’s developer websites. Telestream’s Epsiode and Flipfactory products have the best documentation and support for these uses. But, even on this website, information is sparse and hard to find.

Most of us are now familiar with portals featuring streams of broadcast feeds under either a carrier controlled portal (VCast, Sprint TV) or a third party (MobiTV, SmartVideo). Most recently there has been a lot of buzz about Qualcomm’s Media Flo – now shortened to Flo – technology that will allow reception of television digital signals on handsets. While all of these methods may be cool for a “hey look at this!” moment, aside from sporting events or possibly for Presidential inaugurations, we don’t see a long-term market for this.

Mobile viewers are still tied to viewing a set broadcast schedule. The whole premise behind mobile is anytime/anywhere convenience means that if you have 5 minutes until your next meeting, you don’t want to wait until 18 minutes past the hour to get a weather update; you want it at that very moment. Long form content is more appealing when you have a large segment of the population that commutes on mass transit with nothing but time (Asia, Europe) or you live with your family in a small apartment with only one TV your dad controls (Japan, South Korea). As we’ve all seen with the Internet, VOD is going to be the dominating mode for any video viewing on mobile devices.

That said, VOD will take two forms: live stream and download and play. The benefit to download and play is that the resolution and quality can be higher, however you run into the frustration factor of not providing immediate satisfaction to your viewer. Going forward, you’ll see this appear more for advertising/promotional spots and the viral nature of mobile can be used to increase reach.

A majority of mobile video will come as a live stream. While the quality will have to be stepped down a bit, within the next few years, you can expect to see 4G services starting to pop up which will make live streaming a true quality experience (see chart below). In the meantime, immediacy of viewing is going to make the demand for mobile video grow. A prime example of this would local news channels sending out SMS alerts about a breaking news story with a link to the video stream.

In any either case, for you the video producer this will have little personal impact. The system used for distribution for mobile video will transcode content into the various formats needed. For example, if you were to create a 30sec news opening for a local station, you wouldn’t worry about the size and power of the transmission tower – you simply would deliver the spot in a format that the station would specify. That is based on the equipment they would use to ingest the media, be it videotape, or a digital file format like QuickTime or WMV.

We’ll cover those enterprise or workgroup software solutions in a future article. If you can’t wait, start with a Telestream product called FlipFactory, or dig deep on the Avid Website and read about Active Content Manager. The important thing to realize is that process of changing digital video (something we understand) into another format (one that mobile devices can understand) is not our job. It’s a consideration in terms of design and production, but not in terms of final output.

For Video Professionals and Content producers, developing video for mobile applications is similar to the old dark days of getting QuickTime movies to play on 4x CD-ROMs. Quality, size and frame rate took a back seat to the need of getting it to play at all. There was almost no resources or documentation available to help you – figuring out why a digital file would play on this model of CD -ROM and computer but not on that one was on you.

However, we all took a deep breath and dove into the marketplace, simply because we recognized that it was the “next big thing.” Let’s face it – we are standing at the precipice once again. The iPhone alone demonstrates what is possible in the future of mobile technologies – constant connectivity and useful applications at your fingertips. Internet access via mobile has already outpaced access via computers in some parts of the world and this trend will only continue as devices get more powerful and bandwidth gets cheaper.

Mobile devices have definitely taken a step towards true personal computing, providing the access to information that users have been dreaming about. For those of us in video production, it’s time to step up and embrace the fourth screen!

With hundreds of careers and opportunities, the filmmaking industry can be a unique experience for a filmmaker. Filmtools decided to take a deeper look...

In this Under 5 episode, Alexis Van Hurkman from Ripple Training shows you how to export a project out of Final Cut Pro X...