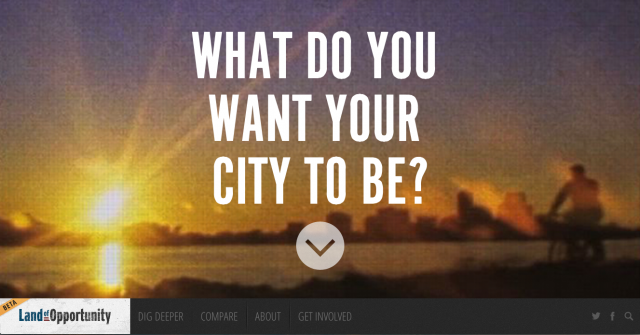 In 2006, I relocated to New Orleans to document how the city would rebuild following the devastation of Hurricane Katrina. From the beginning, though we hadn’t heard the term yet, my co-producer Micheal Boedigheimer and I envisioned a “transmedia” project.  A key goal of our documentation was supporting groups on the ground that were fighting for just and equitable rebuilding, and that required storytelling across multiple platforms. During the course of five years of full-time shooting, we released viral videos and online web series in partnership with advocacy groups. In 2011, we also released a 97-minute documentary film, Land of Opportunity, which brought to an international audience the perspectives and stories of people in the thick of post-Katrina rebuilding – including public housing residents, developers and planners, undocumented Latino laborers, community activists, and displaced youth. Before the film was complete – and as new technology became available – we began building an experimental interactive platform, in order to combine New Orleans-based stories with those of communities across the United States also faced with post-crisis (re)building.

Last month, we released the latest iteration of the project: the Beta LandofOpportunity experimental web platform, which merges compelling multimedia storytelling with curated data, research, and calls to action in one collaborative interactive space.  The platform was made possible by the integration of Drupal with Mozilla’s groundbreaking Popcorn .js library, which allowed for the easy creation of “annotated”  video  in HTML5. 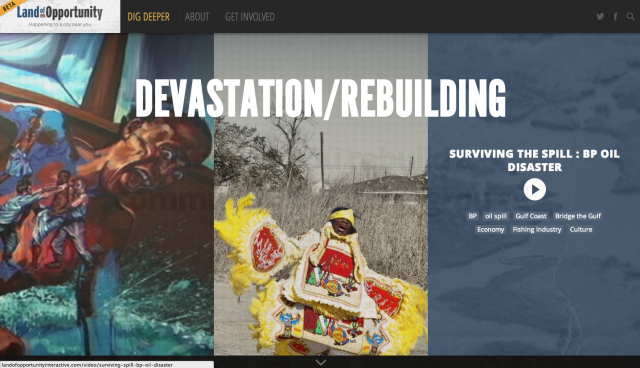 We teamed up with educators, advocates, and acclaimed filmmakers in sister communities to create and curate interactive videos that are strategically layered with supplemental content (more video, audio, maps, reports, and articles) that provides context and framing.

We have two basic types of users that are differentiated by level of engagement with the platform: “Doers” and “Diggers.” A Digger explores the content, unearthing layers, inserting comments and sharing, while Doers build rich-media narratives on the back-end (for now).  For example, our exploration of mixed-income housing development begins with a video (from filmmaker Ronit Bezalel, Voices of Cabrini) set at a block party in Old Town Village West, a mixed-income development in Chicago. As you watch tensions between and the reflections of low-income and market-rate residents, “triggers” related content pop-up, inviting you to dig deeper into the story. As a user, you can choose to view: videos about public housing tenant organizing in Chicago in the 90’s; academic articles and book excerpts about mixed-income housing nationally; videos about similar developments in New Orleans and Atlanta; and other multimedia content that juxtaposes developers’, advocates’, and residents’ perspectives across time and place.  Local or national housing advocates could also strategically insert a call to action, so that users can connect with and support relevant advocacy, online or off. 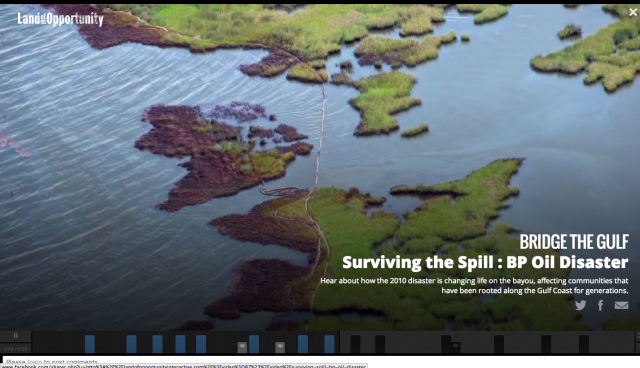 The platform is a work in progress, currently in Beta. It works best on laptops or tablets with a high-speed internet connection and updated browsers. With additional resources, we plan to develop robust mobile capability, and to build out more modules that would allow front-end users to build their own interactive videos, and advocates to use a “campaign builder” that pulls together stories together with data to present to policymakers and decision makers.

We’ll be rolling out new content and features-including a comparative Katrina/Sandy Timeline-in early 2014. Check out our trailer, or dig deep into the platform: beta.landofopportunityinteractive.com.

We hope the experience allows you to uncover layered stories and perspectives, broader connections, and deeper insight to a central question: How do we (re)build our communities in the 21st century? We encourage you to explore these issues through the platform–and to contribute to an expanding dialogue around the ways in which we can rebuild and rethink the future of our communities. 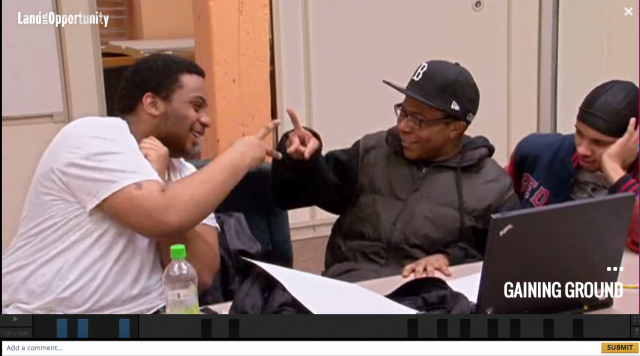 ART OF THE CUT with Hervé Schneid, ACE, editor of ZeroZeroZero

ART OF THE CUT with “The Old Guard” editor, Terilyn Shropshire, ACE