Inspired by the large amounts of money raised from the overly saturated Ice Bucket Challenge trend- I felt a personal challenge to reimagine the popular video concept as a photograph and raise a little money myself for ALS research.  Wanting to capture the moment of ice water hitting my head I thought it would also be more involving for my donors if I showed the actual cash raised in the picture.  I took all the money donated, turned it into twenty-dollar bills, mixed it all in with the ice water and had my friend Ed Kennedy do the pour.  The $1000 in cash then became a prop.

The set up:  Black duvetyne held in the bg by c stands.  Dynalite strobes set up slightly behind me to highlight as much as possible the detail of the water against the black.  No key light except for the ambient daylight.  The camera was set up on a tripod with the exposure and focus locked.  The 250 shutter speed was a great balance between freezing the action with a touch of blur.

After the review of images the best story came from a series of three frames showing the water hitting me over time.  No fancy Photoshop effort as my goal was to get almost everything in camera.   The color of the cash was brought out a bit and the contrast pumped for that extra pop.  For the final step I created a custom thank you card for each donor with the final image on the cover and a QR code on the back that when scanned, takes you to my blog post showing behind the scenes photos and video.  This project was a blast from inception to completion and I’m now looking forward to recreating this concept for other causes important to me.  Ultimately I donated my 1K in “photo props” to NEALS, the Northeast ALS Consortium.

Behind The Scenes of Our Ice Bucket Challenge Photoshoot from VINPIX on Vimeo. 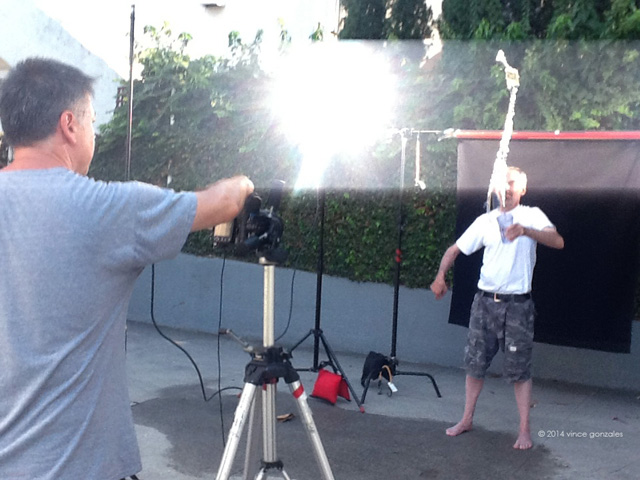 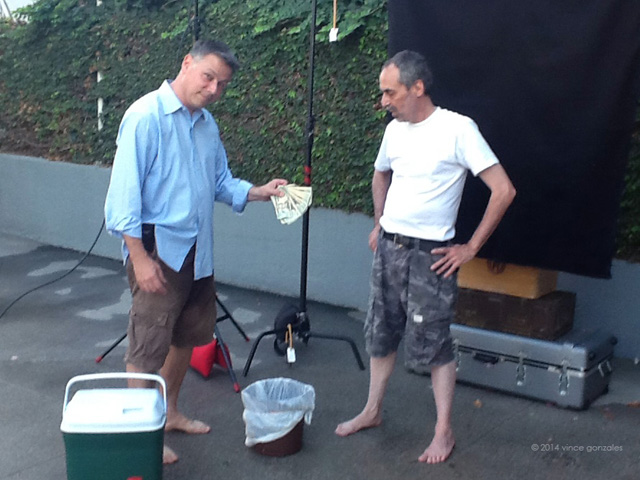 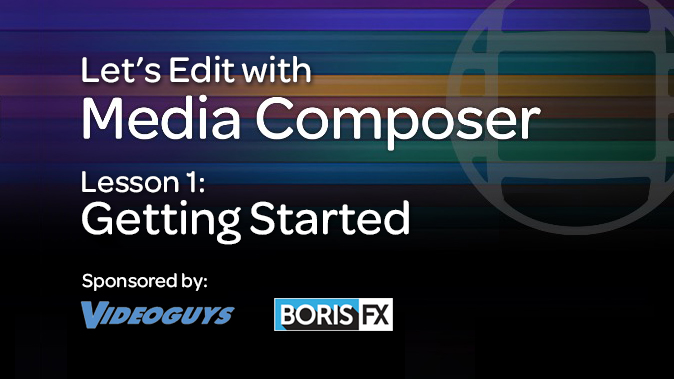 ART OF THE CUT with Jake Roberts, ACE, on editing “Devs”

Use this downtime to get to know your camera

Cameras are complex tools to master. How many times have you found you can’t remember how to set a specific function? This is the...

Out of the blue, on March 23rd, HP announced the development of its new Virtual Reality headset, Reverb G2, in collaboration with Valve and...

With most productions halted due to the pandemic, the usage of stock footage and music in projects has expanded, but not all users are...

The Work From Home generation has discovered the hard way that many webcams do a poor job for online meetings. If you own an...