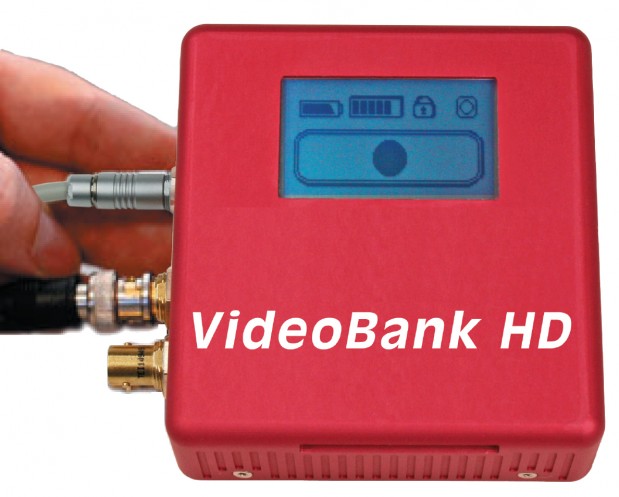 San Diego, CA — DVEO, the broadcast division of San Diego based Computer Modules, Inc. (CMI), today announced the introduction of their new hand-held HD recorder at AFCEA West 2009. AFCEA West, the largest defense and technology exposition and conference on the West Coast, will be held at the San Diego Convention Center, February 11-13. AFCEA West 2009 is co-sponsored by AFCEA (Armed Forces Communications and Electronics Association) and the U.S. Naval Institute.

VideoBank HD is a rugged, high definition H.264 recorder with removable storage via industry standard compact flash cards. VideoBank HD supports up to 32 GB cards, which enables it to record up to two hours of 1080i content in a unit that is only 3.3 x 3.3 x 1.6 inches. It features full control via an LCD panel and on-board push buttons.

The system is designed for encoding, decoding, and rugged mobile applications –
such as military use and remote data gathering – where small HD cameras are deployed. VideoBank HD excels in being robust against power loss and corrupt files.

“We are proud to introduce this very innovative new recorder,” stated Laszlo Zoltan, Sales Manager for DVEO. “VideoBank HD is especially useful for applications where cameras and recorders will be placed in small spaces, and it is strong enough to be used on fast-moving equipment. We are recommending it to our military and broadcast customers.”